In 1899, Rudyard Kipling’s famous poem “The White Man’s Burden” was first published. The poem was originally subtitled “The United States and the Philippine Islands”. Although the poem was likely written with the intent to inspire the wealthy people from industrialized nations to “save” the “backward” races with our “superior” ways of doing things (whether those backward peoples wanted them to or not), today the poem is largely looked upon as a piece of cultural imperialist propaganda. The ethnocentricity of the poem leaves a bad taste in our modern mouths that prefer cultural sensitivity and diversity. I wonder, however, if we are as enlightened and respectful of cultural differences as we pretend to be. In Kipling’s day imperialists wanted to introduce democracy and Western dress and ideals. Today’s imperialists want to ensure that all the developing (and therefore backward) countries view children as burdens like we do and therefore we must impose our beliefs on the necessity of birth control and abortion on them whether this is offensive to them or not.
Although the post is titled the “New” White Man’s Burden, to be accurate, the West imposing population control on others is not new. Indeed, the then top-secret government report that first highlighted the “necessity” of telling other people how many kids they can have was written 40 years ago already, having been written in 1974. This report, called The Kissinger Report outlines the increasing need for minerals and fuel from developing nations and categorizes their increasing populations as a threat to US interests. It proposes population control as the means in which we will have continued access to their resources that we want. Thirteen counties were considered of particular threat to US interests: Bangladesh, Brazil, Colombia, Egypt, Ethiopia, India, Indonesia, Mexico, Nigeria, Pakistan, Philippines, Thailand, and Turkey. Since the initial report, many agencies have contributed and fought for the cause of population control. Though many agencies claim they want women to have “access” to birth control, time and again, abuses occur that shows that they don’t want women to have mere access; they want the vulnerable poor to do as we tell them and stop having children.
Women in poor countries across the globe have been coerced into taking birth control and having abortions against their wishes. With support and funding from the U.S. Agency for International Development (AID), many countries have developed population reduction programs, and have had US food and monetary aid linked to the success of reaching their population goals. For example, in Indonesia, women who volunteered for IUD insertion, would not only enjoy the village’s food bonus, but she would also earn her neighbors’ gratitude for their increased share. Conversely, women who refused IUD insertion would not get the food bonus for her family, and she would be depriving her neighbors as well. 1 Likewise, in the 1960s, the South Korean government, with US support, began a program of population control which included payments to poor people consenting to sterilization. 2 Bangladesh, one of the countries deemed particularly dangerous to US interests, also began a vigorous population control program. Because tons of foreign contraceptives were piling up and expiring in storage due to women’s dislike of their side effects, AID encouraged integration of the birth control program with Bangladesh’s oral rehydration treatment of children with diarrhea.3 In other words, mothers who were desperately worried about their ill child had to consent to the birth control in order for him or her to get life-saving treatment. China’s well-known one-child policy, and its program of forced abortions and sterilizations has received support from many population controllers. Jacqueline Kasun, author of The War against Population writes:

The Agency for International Development disclaimed direct involvement in [China’s] program, although it was a major contributor to the International Planned Parenthood Federation (IPPF) and the UN Fund for Population Activities, both of which supplied funds to the Chinese program. […]The Chinese affiliate of International Planned Parenthood is a main player in the one-child program. IPPF has reported that its affiliate “organizes…the family planning group which will formulate the birth plans”, and its “volunteers sometimes collect the occasional fine when a couple breaks the birth plan rules.” The IPPF affiliate itself, the China Family Planning Association, proudly reported at the Cairo [population] convention that its local activists “monitored the formation and implementation of local population projects, participated and supervised that the awarding and punishing policies relating to family planning were properly executed.”4


Unfortunately, women being coerced into contracepting or sterilizing is not something from a decade or two ago. It is still happening today in India, Sri Lanka, and elsewhere. Though recently the Bill and Melinda Gates Foundation sought to raise $4 billion for its contraceptive program, aiming to get 120 million poor women access to contraception, many groups were concerned at the abuse of women’s reproductive autonomy that frequently occurs when Western donors seek to influence the birth practices of other countries. Many have seen the Gates’ birth control initiatives as a step backward, mirroring the coercive population control practices of recent decades rather than a step forward for women’s rights. Although many studies have shown that birth rates naturally fall when women have education, quality health care, and more economic stability, many continue to ignore the broader needs of women and focus solely on controlling their reproduction, despite the fact that in Indonesia and elsewhere, falling birthrates failed to be accompanied by economic advances,5 as the birth controllers had formerly predicted (and still cling to).
Coercion is not limited to women in developing countries, however. Even today, in the US, women also face coercion. We likely do not receive outright forcible sterilization; the coercion here is more subtle. The coercion comes in the form of medical schools that do not educate their students in Fertility Awareness methods, and so we now have an entire medical community that still believes that Natural Family Planning is the rhythm method. Coercion comes in the form of eye-rolls, dismissive comments, or even outright hostility from medical personnel when women tell them they use Natural Family Planning. Maybe it comes in the form of so-called feminists who are disdainful of those who have children. Maybe it comes in the form of family members who think they know how many children their relatives should have. It comes in the form of parents and boyfriends who coerce vulnerable women to abort. It comes in the surprisingly few student insurance plans that cover prenatal care, or colleges that don’t have housing for pregnant students.
The Guiding Star Project is committed to the empowerment of women, not their coercion. Couples who are educated in Natural Family Planning don’t need to go to a doctor to have anything removed when they choose to have a child. They don’t have to convince or beg medical personnel to remove something unnatural from her body when she doesn’t like the side-effects. Women won’t be at increased risk of infertility from years of artificial contraceptive-use. The woman will have invaluable information about her overall health, and whether the couple plans to try to achieve pregnancy or avoid it, they can do so with autonomy and dignity. 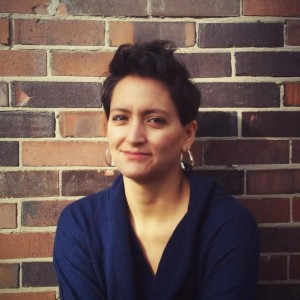 This site uses Akismet to reduce spam. Learn how your comment data is processed.

Do you remember your middle school or high school reproductive health class? When I think back to my education about periods and “How babies are made” my memories are brief. I can remember short parts of videos or awkward condom demonstrations and disgusting pictures of STDs. Does this sound familiar to you?

All About Endometriosis Awareness Month  Millions of women suffer in silence every year from a disease called endometriosis. Most of the time, it goes undiagnosed or misdiagnosed for years until it’s accurately treated for what it is. Women with this disease might “look healthy” from the outside, and they become

Do you remember your middle school or high school reproductive

All About Endometriosis Awareness Month  Millions of women suffer in

Endometriosis is a rather mysterious condition that causes endometrial tissue