A Generation Later: Heartbreaking Consequences of the Sexual Revolution

Often times the “Sexual Revolution” of the 1960s is hailed as a time of liberation and independence for all, but in particular for women.  Freed of the “shackles” of the consequences of sexual encounters, the hormonal contraception (aka “the pill”) gave women the opportunity to “have sex like men” without being bound or hindered by any consequences.  At the time, this was seen as a great liberation from the “unnecessary” restrictions on sexual activity, which to the secular eye seemed to be ridiculous.  From the secular perspective, the moral arguments were irrelevant and archaic; the only real barrier was the actual physical consequence of sexual intercourse: a new human life, a baby.  When that was eliminated by taking the pill, men and women were now “free” to have sexual encounters at will, without constraint.
Yet, was this really the beginning of true freedom?  Why was/ is sex sought after so much?  I believe people recognize the great capacity of pleasure it holds and there is a natural attraction towards sex in each of us.  However, with any pleasure producing activity (sex, food, drink, or pleasure-stimulating drugs), one must be very careful.  These activities produce a force that when not held within a controlled environment, could become addictions.  When you remove any restraint from eating chocolate, for example, the more you eat, the more you desire it and then, in turn, the even more you eat, and the even more you want to eat it.  The pleasure chocolate gives you is recorded in your mind and without our reason to tell the compulsion of desire “no,” it will keep seeking that pleasure.
When one takes away all boundaries to sex, it is very easy to slip from a “never say ‘no’!” mentality to a “can’t say ‘no’” mental state.  Taking the pleasure piece of sex out of the context of procreation and lifelong, monogamous partnership of a woman and man, reduces it to the level of a drug.  We are trying to harness a power that cannot be controlled.  Instead of men and women freely choosing to have sex if they wanted to, we are now in a generation of young adults that are compelled to engage in sexual intercourse.  It is a generation that is incapable of saying ‘no.’  Well, perhaps that is too harsh.  Let’s just say that they have never been trained to use their intellect to control their passions and this makes keeping passion out of an addictive state very difficult.
Even if an individual is not addicted to sex themselves, they are surrounded by a culture of young people who are sold on the idea of ‘sex without constraint.’  So, young ladies are now pressured into sexual situations that they do not really want to partake in.  A generation ago they would have at least had some support of society agreeing with them that they should wait until they were married, but not now.  Are they more liberated this way?

I doubt Chevonea Kendall-Bryan felt very free.  Chevonea died at the age of 13.  She had been pressured to perform a sex act on a boy she knew.  He recorded it and was showing the phone video clip to all his buddies.  Chevonea lived on the 4th floor of an apartment building and threatened to jump from her window to the street below (where he was standing) if he didn’t delete it.  She then slipped and fell 60 feet to the ground, dying from massive brain injuries.  (See story here)  Did Chevonea feel very free?  Steve Biddulph, author of Raising Boys who has now written a sequel Raising Girls, is quoted in the article as saying, “Never before has girlhood been under such a sustained assault – from ads, alcohol marketing, girls’ magazines, sexually explicit TV programmes and the hard pornography that is regularly accessed in so many teenager’s bedrooms … Boys are under pressure too, being led to believe that girls will look and behave like porn stars. Our children are becoming victims of pornification.”
Also quoted in the above article is Claire Perrp, MP.  She says, “It is usually girls who are on the receiving end of some pretty degrading stuff … We’ve got young girls being asked to write their names on their boobs and send pictures. Parents would be really shocked to know this is happening in pretty much every school in the country. Our children are growing up in a very sexualized world.”
That’s the generation after the “great” Sexual Revolution.  Does this seem to be a world in which a young woman would be dignified and given every opportunity to succeed without feeling degraded?  And when we continue to separate the dignity of life from the most powerful human connection that is supposed to bring life into the world, our view of what life is begins to fade.  If contraception fails, we move to abortion.  If the baby has a problem, then that child must be better off dead.  Is this a compassionate state?  It is a cold calculation.  It is no wonder that women, who find themselves in such a troubled state that they seek abortion, never find much compassion nor love there.  And if something would go wrong, are they even able to speak to the doctor?  Jennifer McKenna Morbelli and her family found that answer out the hard way.  She was a beautiful, 29 year old kindergarten teacher, who learned that her unborn baby (33 weeks along) had fetal anomalies.  She, her husband and her parents sought the help (albeit misguidedly) of late term abortiontist, LeRoy Carhart.  (Read full story here on Jill Stanek’s site.)  Long story short, Jennifer had complications and Carhart was not available.  Jennifer and the baby both died from that abortion.  These are the heartbreaking consequences in a world where life is not valued.
Sex is a powerful force, no doubt, but are we right in trying to control it and dissect it from its natural place?  (my latest blog went into more detail on this, so I’ll let you read it there.)  When we look at how we opened “Pandora’s Box” in the ‘60s, should we really be surprised that this is the state our world is in?
There is one more interesting facet at work here, too, a “catch 22” in a way.  When sex is stripped away from procreation, then it is also taken away from being isolated in a strong marriage.  Contraception will not always work and the out of wedlock birth rates have increased greatly since the “Sexual Revolution.”  These children are being raised mostly by single mothers.  (A second side note: single motherhood has risen since the 1960s and that group of people are one of the poorest in the country.  Another great “feminine” consequence of the “Sexual Revolution”…)  Children who are raised by only one parent, or who lack a mother and a father, are more likely to become addicted to something, because there is a void within them that they are seeking to fill.  The more children/ teenagers become addicted to sex, the more the problem perpetuates itself and compounds onto itself.  What a mess!
It is for the protection and dignity of women that sex ought to be put back in a lifelong, monogamous relationship.  Marriage should not be a place of confinement and subordination of the woman, but instead a place of dignity and respect.  If one seeks a society that truly dignifies the woman, it is not rampant sexual encounters we should seek, but a determined, resolute attitude towards the roles of men and women and the importance of holding all marriages to live up to that ideal.
For further reading on truly dignifying women, please check out my book “Woman, How Great Thou Art.” 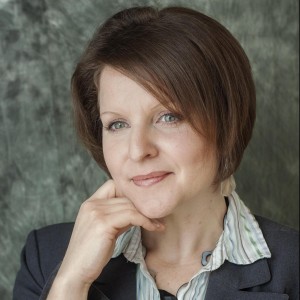 3 thoughts on “A Generation Later: Heartbreaking Consequences of the Sexual Revolution”

This site uses Akismet to reduce spam. Learn how your comment data is processed.

This is the year of self-less love.

Under Florida’s new 15-week abortion law, exceptions are allowed for fetal abnormalities that are discovered after 15 weeks. In such cases, two doctors must sign off saying the baby will die shortly after birth before an abortion can happen. This is unfortunate for babies like our son Samuel.  Samuel was

Do you remember your middle school or high school reproductive health class? When I think back to my education about periods and “How babies are made” my memories are brief. I can remember short parts of videos or awkward condom demonstrations and disgusting pictures of STDs. Does this sound familiar to you?

This is the year of self-less love.

Under Florida’s new 15-week abortion law, exceptions are allowed for

Do you remember your middle school or high school reproductive

All About Endometriosis Awareness Month  Millions of women suffer in